The parents of two boys, Odin Frost and Jordon Granberry recieved unexpected news when their sons were born. They were told that their sons would never be able to walk and would live in a vegetative state, given they’d survived their early years. Their chance of survival was 2% only. But it’s been 18 years, and the two brave teenagers have just graduated from high school. The pair actually beat all odds and exceeded all expectations. After a photo showing them on their very first day at school, and at their graduation, posted by one of the boys’ father, it went viral.

Odin and Jordon first met when they were both just 3 years old on their first day at school. The photo that one of the boys’ father shared shows them sharing a seat together. From that day on, the boys started sharing a special bond, despite being almost completely non-verbal. This week, during their high school graduation, the 18-year-old best friends recreated the photo that was taken 15 years ago. Odin’s proud parents told the media that the shots that look almost identical remind them of the unbelievable journey that the boys have gone. Tim, Odin’s dad, told one news outlet: “My son and his best friend were both told their survival rate would be around 2%, that they’d never walk, and that they’d live in a vegetative state—if they made it past seven years. Both walked the stage and graduated. I was on cloud 19. I was so fricking proud of him.” Deanda, Odin’s mom, experienced preeclampsia when she was at her pregnancy, and the boy was born three weeks early and suffered from a bleed on the brain. Doctors told Odin’s parents that he wouldn’t walk nor talk, had brain problems, and his cognitive abilities would never exceed the average 7-year-old. “Everyone was saying ‘be prepared’ and that he was going to stay in the little kid stage for most of his life,” Tim, Odin’s father, remembered. Nevertheless, Odin beat all odds and after going to a school for children with special needs at the age of three, he met his all-time best bud, Jordon. Sharing about the special bond between Jordon and Odin, Tim said: “They are fiercely loyal and protective of each other. If someone comes too close to Jordon, and they don’t like the vibe, Odin will go into protective mode. Odin will laugh and Jordon will laugh too—it has always been that way. They have a special connection that I don’t know if the outside world would know what was going on.” Before birth, Jordon experienced a blood infection and his brain was deprived of oxygen, which led to permanent brain damage. The two boys made up a miracle, proved the doctors wrong. Odin started walking when he was 5 years old, while Jordon took his first steps recently, before turning 18 years old. While Jordin can walk, Odin experiencing non-verbal severe autism, uses a wheelchair for long distances. He isn’t very talkative, but is aware of what is going on around him. Odin’s parents Tim and Deanda also had a special friendship with Jordon’s parents, Donna and Damon, as well. The proud four parents attended at high school graduation ceremony of their boys last week. After they captured a photo of the two boys sitting side by side, they realized that it reminded them of something—of the very first day at school of the boys.

Odin’s dad shared the side-by-side photos on Reddit and received millions of positive response from Internet users around the world. The photo reached over 112k likes and thousands of kind comments. “We’re more used to people being mean than being kind,” Tim told the media. “People stare in public and kids make fun and the internet is usually one of the most horrible places. I was getting ready to defend him, but it has just been kindness. My wife and I just lay there in bed reading the comments, and we were crying at how beautiful it is,” he said. He later added: “We just want our kids to be seen, and seen for the beautiful humans they are, and seen for their accomplishments.” 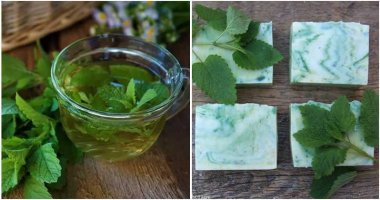 17 Best Uses Of Lemon Balm In Your Kitchen 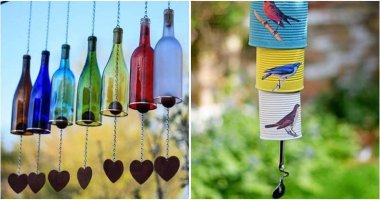 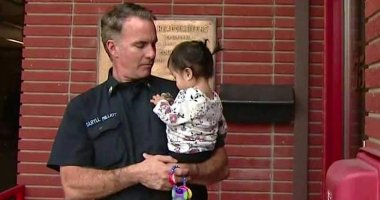 ‘I Need To Give You My Baby’, Young Mom Who Just Gave Birth For 15 Hours Rings Fire Station Doorbell

12 Best Indoor Plants For The Kitchen

18 Clever Gardening Hacks And Tips That You Should Know